So what does it mean? In other words… what’s in a name?

Well, to start, we are DECA.

What began as a hobby, became a passion, and out of it came the events that brought us all together. Each of the four founders was an avid homebrewer and each had our own favorite styles of beer that we liked to brew and keep in our beer fridges. As we started to brew together, we realized that each of us could contribute a sort of expertise of those styles, that combined, would lend to a fairly diverse and well-represented tap wall. Thus DECA was born.

Each of the founders is a seasoned professional outside of the brewing industry, with skills that meld perfectly for the craft brewing business. We do have bios that are mostly long and boring, but the good bits are summarized below.

We will be creating a series of beers under each of the four letters that is influenced by the styles listed. There will be some specific to the category, and others that blend two or more categories, but you can be assured that there will always be something good for every beer lover. 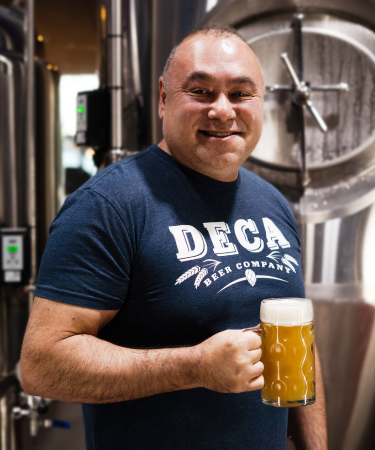 Jason is a licensed CPA with over 20 years of diversified accounting and finance experience. Jason also served in the U.S. Army and was an active service member during Desert Storm.

Jason is the CFO which means he is the keeper of the sacred books. He is in charge of accounts, cash flow, and keeping spendy fingers out of the kitty.

Cody has 28 years in the CPG industry specializing in Sales, Sales Operations, and Distribution.

Cody is the COO, chief brewer, cellarman and squeegee operator. He is in charge of grain, hops, yeasties and occasional fruit purees, distribution, inventory management, and neighboring business owner goodwill. 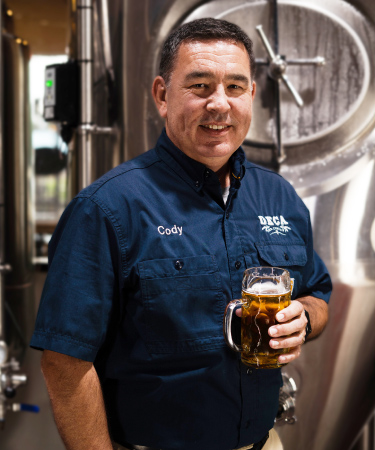 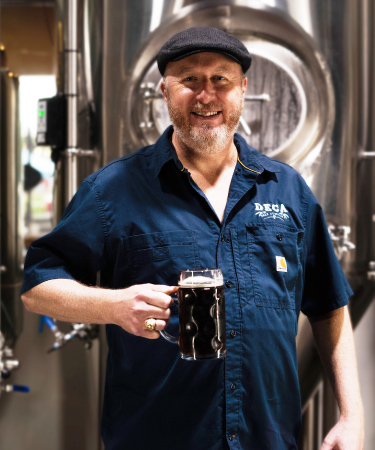 Heath is the elected CEO, thus the coordinator of all things. He is in charge of day-to-day business dealings, investments, general oversight, and entertaining talkative guests during brew days.

Jeff is a medical professional with 30 years’ experience in various practice settings. He also served as an Army officer with communications, staff, and chemical defense roles. 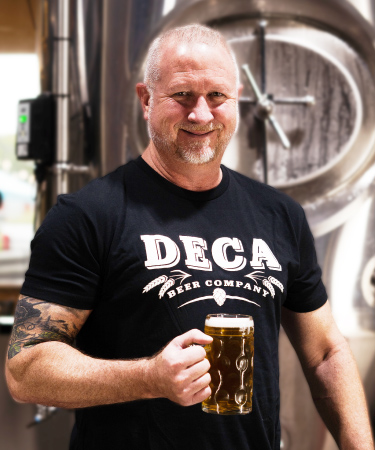